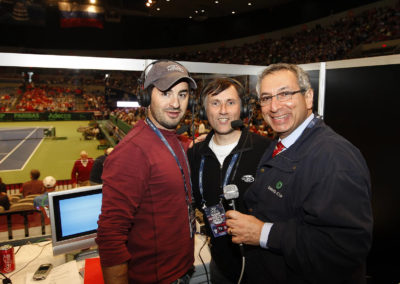 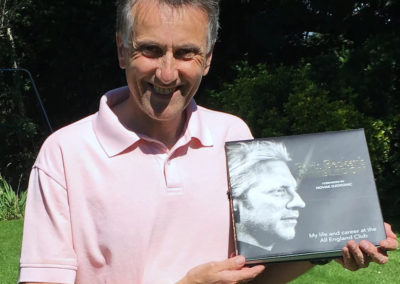 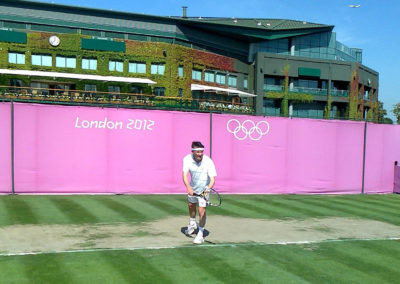 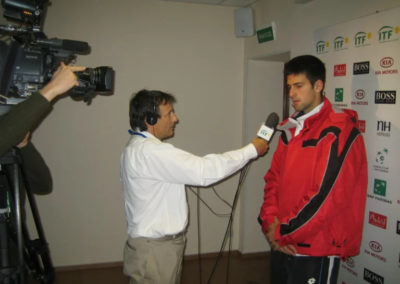 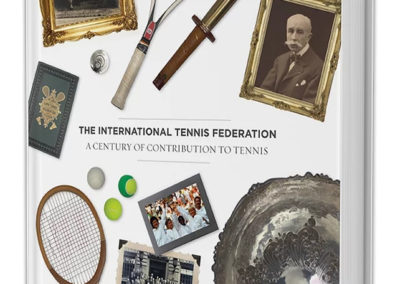 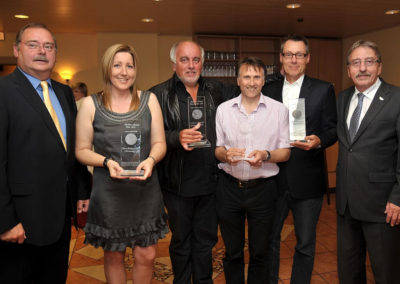 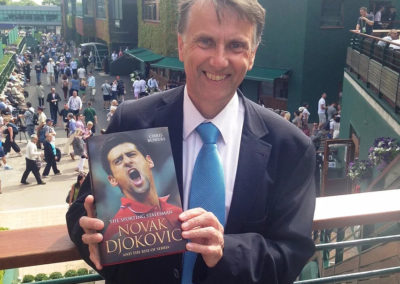 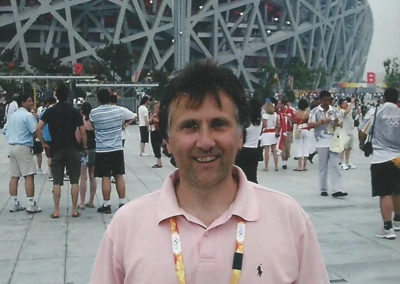 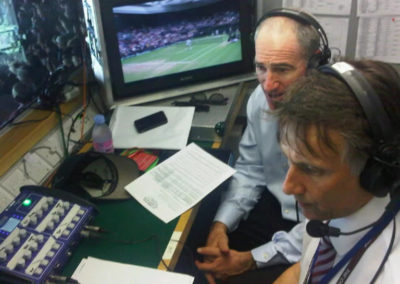 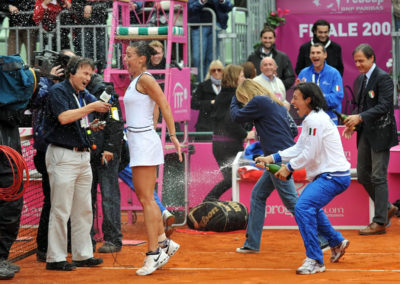 Hazards of the job

Chris is one of the world’s leading tennis journalists, and having reported on the global tennis circuit since the late 1980s and written several milestone books, he is one of the world’s top two or three tennis historians. He commentates on radio and television, writes articles and books, lectures on tennis, acts as an after-dinner speaker and master of ceremonies, and sits on the board of the International Tennis Writers Association and the British Tennis Journalists Association. He is also executive director of Tennis Radio Network, a company he founded in 1999 with three other tennis journalists.

He has written numerous books about tennis. His first was ‘The Book of Tennis’ in 2002, a fan’s guide to tennis. He wrote the Davis Cup yearbook four years running (2004-07), and lists 2005 as his most satisfying. ‘That was the year Croatia won the cup,’ he says, ‘and it was more than just a tennis competition, it was an exercise in nation-building. As the son of a refugee, I found myself strangely connected to the fate of the Croatian team, which was made up of players who had fled the Yugoslav civil wars of the 1990s. Some of the interviews I did with Croatia’s top player, Ivan Ljubicic, were among the most profound and satisfying of my journalistic career.’

In 2006 he wrote the first English-language biography of Roger Federer, which is now in its ninth edition (as ‘Roger Federer: the definitive biography’). And in 2014 he wrote ‘The Sporting Statesman’, part-biography of Novak Djokovic and part-profile of Serbia, showing how Djokovic was using his status as the world’s best tennis player to improve the image of his country (now ‘Novak Djokovic: the biography’). Chris says of this: ‘It’s probably my most satisfying book, mainly because it combines my interests in sport and modern history, but also because I had the most wonderful interview with Jelena Gencic, the woman who taught Djokovic to play tennis, just 10 weeks before she died.’

In 2015 Chris made his first foray into ghostwriting, becoming Boris Becker’s voice in Becker’s affectionate tribute to Wimbledon, ‘Boris Becker’s Wimbledon’. ‘Ghostwriting is a very good exercise in putting one’s ego totally to one side, which for a journalist and broadcaster isn’t always easy,’ he says.