Chris has been into environmental issues since his student days in the early 1980s. ‘As a child,’ he says, ‘I always had a sense that the way we were living, our belief in what “progress” meant, was somehow out of sync with the world’s natural rhythm, and when I discovered the environmental issue, it all made sense.’

In 1987, while living in Switzerland, he came across the Verkehrs-Club der Schweiz, a Swiss transport users’ association which he exported to the UK, launching it in 1990 as the Environmental Transport Association. He also went on to work with the European Federation for Transport and Environment, for which he is still a consultant today. 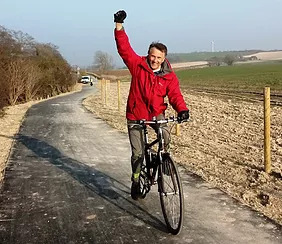 The distance from Chris’s home village of Ringmer and the neighbouring county town of Lewes is optimum cycling distance, but the only road linking the two allows for cars and lorries to thunder along at up to 60mph.

So when the idea of a Lewes-Ringmer cycle path was mooted in an exhibition about future transport options in 2002, Chris seized on it as a great opportunity to reduce local people’s dependence on their cars. Working with other councillors and activists, the first part of the cycle way was opened in 2011, and the remainder was opened in 2015.

The photo shows a triumphant Chris cycling along the final stretch to be completed on the day it was opened. The path has proved immensely popular.

Chris was the European Federation for Transport & Environment’s (T&E) first paid staff member back in 1991. As part of that work, he founded the T&E Bulletin, a monthly news sheet to keep T&E’s members updated on developments in environmental transport. 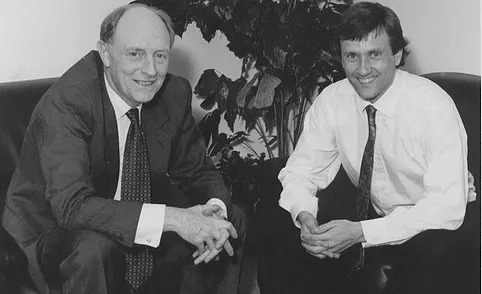